In conversation with UK electronic producer DEADLIFE on influences, anguish and making life easier with music

Originally from the quaint town of Crewe, in Cheshire, DEADLIFE is the electronic producer whose name has been on everyone’s lips in the underground wave music scene. The talented rising star producer has brought out a number of exceptional releases over the last few years and has just recently dropped a brand new 12-track album, titled ‘Variations On The Resolve’, which features powerful bassy cuts, retro ambient numbers and wave-soaked emotive sounds.

We caught up with DEADLIFE and got to know the brains behind the beats.

Cinematic darkwave with a Synthwave aesthetic, peppered with ambient tones and soundscapes of a world that is yet to exist.

How did it all start for you? Why music?

I’ve been interested in music since I can remember pretty much. As a kid I was obsessed with soundtracks from my favourite games, I started learning the drums aged 8, and I was in an orchestral band for 9 years before starting my own rock bands when I hit 17. It’s been a pretty complicated, at times dramatic, journey through music. But I wouldn’t change it. Music has always been my one main love in life, there was never any question as to what else I was going to do. It’s always taken precedence over everything else, and probably always will.

What three albums would you say influenced your sound the most?

My friend Tonebox’s ‘Nocturn’ album, God Is An Astronaut’s ‘All Is Violent, All Is Bright’, and Sigur Ros’s ‘Takk’ album. Honorary mention would always go to Jeremy Soule’s Skyrim soundtrack, I can listen to that on repeat for days and never, ever get tired of it.

Are there any key pieces of equipment that you can’t live without?

My PC. It’s pretty much an extension of my body at this point, I’m pretty much directly connected to it whenever I’m in the house via ethernet cables that attach to the back of my skull.

What are some of your key influences in your music? Whether it be the sound created by others, imagery, films or any kind of art form etc…

I’ll keep it pretty short and say my key influences are composers that create dark ambient soundscapes, that put you in a certain place in time and space that may not even exist in real life. I’m also greatly inspired by my friend’s troubles, people I know who had to cope with a great deal of anguish. I guess in a way I see it like how an artist paints an image of what they perceive, but instead of visual, its auditory. And of course I’m influenced by my own life, which I won’t go into detail about, but of course it’s a huge part of the process. I’ve always been better with music than with words, so I’d rather say what I want to say instrumentally in a piece of music. If I can immerse people for just a moment then that is exactly what I want to do, and I want people to place their own meaning on what it is they hear.

What is one sub-genre you think doesn’t get the attention it deserves?

Soundtracks from video games. I’d rather listen to Jeremy Soule than 99.99% of anything else out there. I also enjoy musique concrete because its interesting to listen to, the textures are cool, it’s kind of surreal, and I like stuff like that. I also enjoy ambient playlists on Spotify, piano playlists, anything ambient and interesting. Most of the music I listen to I leave on throughout the day, it’s usually ambient and evocative, but usually not particularly upbeat. Life is stressful enough without adding crazy hard bass too, I’d rather listen to something nice, read a book, look at Instagram pictures of cute dogs and have a cup of tea.

Any new or upcoming artists on your radar that you think the world should know about?

Just my friend Tonebox, he’s doing really well, I will always recommend his music to people because he’s a good friend and fantastic musician.

You’ve been very prolific with your releases this year, bringing out two fantastic new albums – tell us a bit more about each one and how they came about.

My first one this year (‘The Order Of Chaos’) was more of an echo of my first album but heavier. When I finished it I knew it was time to progress and evolve completely, and move into a new direction. That’s how ‘Variations On The Resolve’ came about. It’s been an exceptionally tough year, I’ve learnt a lot, both mentally and in terms of music production, and that album just kind of came out, and I knew that was the direction I wanted to go in. I don’t listen to anything heavy or loud currently, so it wouldn’t have made sense to make another heavy and loud album. ‘Variations On The Resolve’ (my latest album) drew more influence from the idea that life is a constant stream of unending anxieties with no real conclusion, and we have to persevere. It’s taking things that I find ugly and mixing them with things I see as beautiful.

What single night out has been the most memorable for you? As a performer? As an attendee?

Probably Perturbator last year. I’ve been speaking to James on and off for years now, so to finally hang out was genuinely fucking cool. It just felt like seeing an old friend, it was kind of surreal how well we got along after only ever really talking online and me sending him my shitty deep house mixes years ago.

What can we expect from DEADLIFE in the near future? Any upcoming projects or gigs in the pipeline that you would like to tell us about?

I already have my next two albums fully written, and I have another secret project in the works in addition to that. I will always write, and when I’m not writing I’ll work a job to keep myself busy. The way I see it, people deserve top quality, and I will always work to achieve that benchmark that I set for myself. If people are listening to something I have made, I want it to be worth their time. Of course, some songs are going to be more liked than others, that’s natural, but every song has meaning, I throw away so many songs that don’t make the cut, so I end up with just the ones that I think are worthy of a few minutes for someone out there who needs it. One thing is for definite, I will never stop writing. I have so much I want to say, so many people I want to help in some way, even if it’s just making their days a little easier by giving them something nice and interesting to listen to. I get that shit is hard, so I want to make it easier through music, if it helps someone then I have already succeeded, and that thought makes me smile and makes my nights a little warmer.

Drink more water and stand up for yourself. 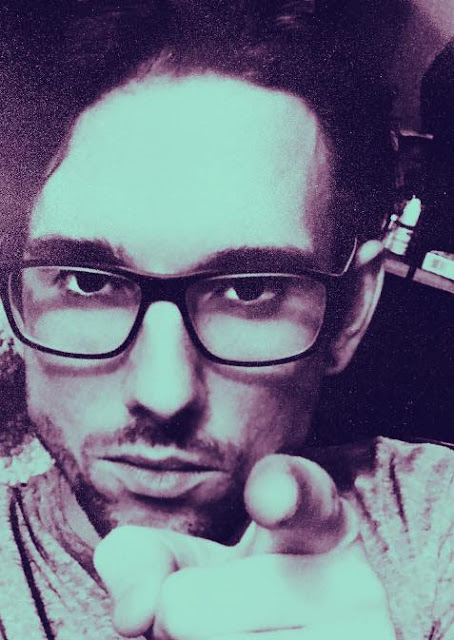