It’s not everyday you hear one of the best wave tracks around, and yet, Sorsari did just that.
‘Monster’ is the brand new single from this u and coming wave producer’s upcoming EP, ‘Patterns’ which is scheduled to be released next week (30 October) via the highly influential vibe.digital Recordings.

‘Monster’ hits hard with deep cutting bass making it known from the start that he’s not messing around. Sorsari has always delivered some incredible hits, and it’s evident with the release of ‘Monster’ that his EP will delight fans even more. Wave is known for its emotional climbs, but ‘Monster’ opts for a more intense production. The sound is big. The sound is raw. The sound is Sorsari.

The upcoming EP ‘Patterns’, will include 8 brand new tracks including a remix from respected Wavemob producer, Deadcrow. What’s even more astonishing, is that the whole EP was composed, mixed, and produced by Sorsari himself. He relied on the talents of fellow vibe.digital Recordings signee, Guilt Chip, to handle the final mastering of it just to get a little bit of an outside feel.

We’re very excited to see what this Canadian producer will deliver in his upcoming EP, so be sure to watch this space!


Sorsari commented on ‘Monster’: “It’s my take on a what a higher energy wave track means to me, the vocal called out for a bigger sound so I tried to approach it with a mentality that would suit a club or festival environment.  It’s a nice hybrid between 808s and reese play for the sets.” 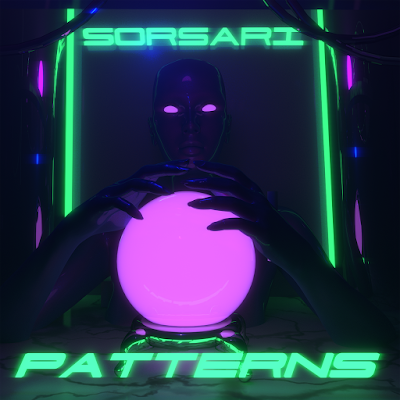